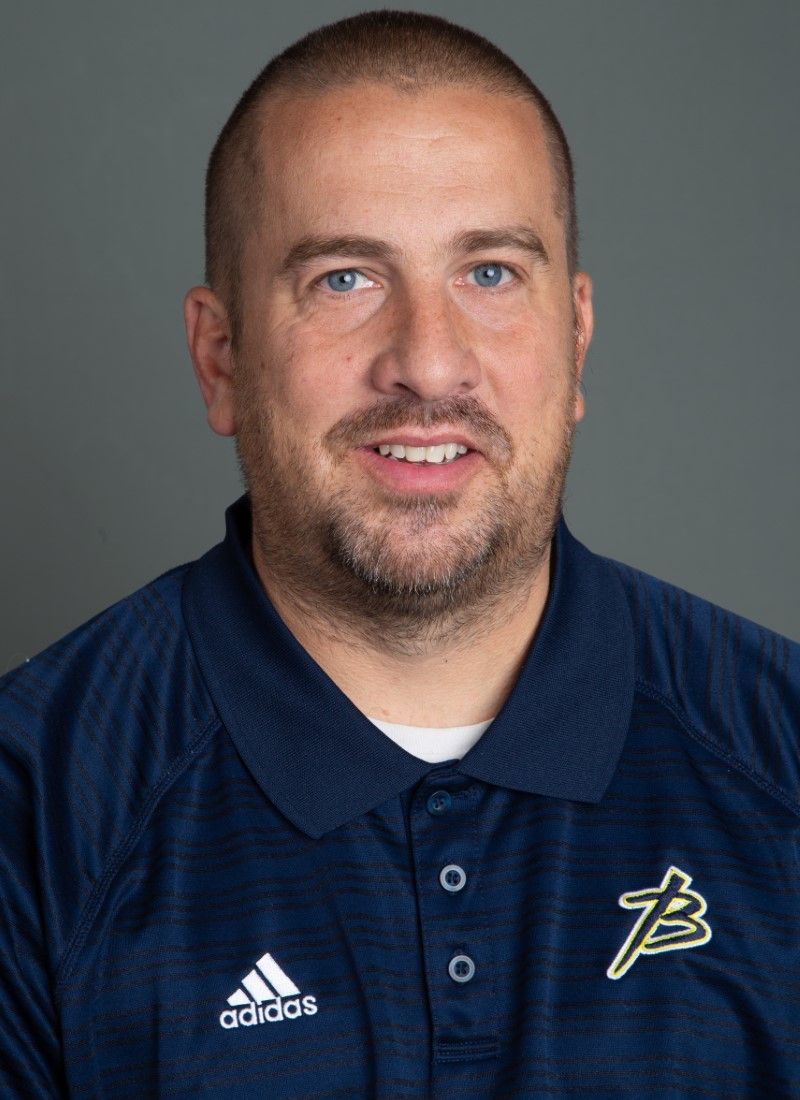 Since taking over head coaching duties of the Briercrest men's volleyball program at the beginning of the 2004-05 season it has been a gradual process for Nigel Mullan as he has established a culture of hard work and success.

All of his hard work both on and off the court accumulated at the end of the 2013-14 season when Mullan helped his team peak at the right time in front of a raucous home crowd as he guided his team to a silver medal at the 2014 CCAA men's volleyball championship which Briercrest hosted. This was the highest placing in the CCAA since Briercrest joined the ACAC in 1996-97, and only the second CCAA medal for Briercrest (the other also coming from the men's volleyball team in 2010-11).

Taking over one of Briercrest's more successful programs (making the ACAC playoffs four of the previous five years and highlighted by an ACAC silver medal in 1999-2000) and coming off a season where the team had missed the playoffs, Mullan quickly worked to establish the culture he sought. The team earned the right to be in the ACAC power pool that season, and finished eighth at the ACAC playoffs that season.

Mullan has steered the team to continued success since; making the ACAC playoffs every year that he has coached, stringing together ACAC medals in four of five season between 2007 and 2012, a CCAA fifth place finish in 2007-08, and making the ACAC medal round four straight years from 2009 to 2013. A turning point in the program was the 2010-11 season when Briercrest finished with a program high ACAC record of 17-3, won gold at the ACAC championships and a CCAA National championship bronze medal. Mullan was also awarded the ACAC and CCAA men's volleyball coach of the year awards that season. That was the first CCAA medal for Briercrest since joining the ACAC.

Mullan, a Briercrest alum, has always had a passion for athletics. Mullan was dedicated to building a championship program, and through tireless effort in recruiting top athletes and growing as a coach, he began to make strides.

He had an immediate impact, guiding his team to a spot in the ACAC tournament in his first season as coach. From there, the program continued to grow, as Mullan led his team into the playoffs each and every season.

In 2007-2008, when they won their first medal, the team also earned a wildcard berth to the national championships, where they came within a few points of going to the national final, narrowly losing to UBC-Okanagan in a five-set semi-final.

Since then, Mullan has been driven to get back to the CCAA championships. After that 2007-2008 season, he had to rebuild the program again. All-Canadian Luke Dubbledam and ACAC all-conference middle Stephen Nash moved on, and only five players were returning.

Two seasons later, they were in the ACAC final again, winning a silver medal in a tough loss to the SAIT Trojans. Alberta was the host province for nationals, so the team was denied a wild card berth despite their silver medal win.

Mullan credits his players, past and present, for the success of the program today.

"Every player that has been a part of this program has helped get us to where we are today," he said. "We used to say that the players from the past are paving the way for the ones still to come ... I believe that the players who gave their eligibility to the program have built the foundation that has given us the results today."

He appreciates the commitment his players have shown.

"There are always other choices for our players, but it has been special to see the players believe in what we are trying to do here at Briercrest and stay with the program."

Since taking over the reins for the 2004-05 season, Mullan's team has made it to the ACAC playoffs every year. The program has steadily grown into a top contender.

The success of the team is due in large part to the high quality student-athletes, in both skill and character, whom Mullan has developed and kept in the program for multiple years. Mullan strongly believes in mentoring his players to be champions on and off the court, so that they are becoming the best student-athletes that they can be, but also developing character and growing in their relationship with God. His desire is that when they leave the Briercrest program, they are set up to be the type of leaders of character that will make good decisions and live a life of positive influence on others.

Mullan is also is a NCCP Level 3 certified volleyball coach and is a graduate of Briercrest College and Seminary. He has also had experience coaching with Team Saskatchewan, most recently as an assistant coach with the 21U men's team for the 2009 Canada Summer Games in PEI.